Not the chubby babies you thought they were 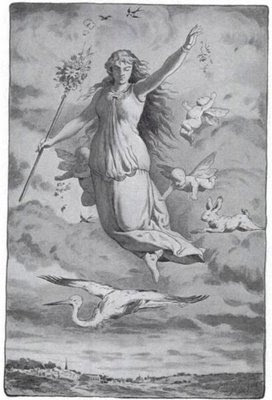 Esotre - Germanic Myth Fertility Goddess of spring as shown with things that come in the spring. Beams of light, animals coming out of hibernation and newborne babes. The painter here, Reich in 1909 is ripping off another painting by Gehrts in 1884 who, found that he didn't want to depict the babies as falling, used Raffaello Sanzios idea for children with wings, also depicted as lesser angels.

Raffaello Sanzio, also known as Raphael, got the nickname from the chief angel Raphael; who, under Uriel, is a healer. Raffaello was perhaps tired of the association thatn all angelic kind got when thought of, and decidedly invented his own.

Concurrently, and not related to ninja turtles at all, Donatello, used them in his works, depicting them as angels on assignment who were primaraly designated to be carrying the bodies of Children to heaven during war-time... He got this idea off of some sarcophagi he saw.

Today, people call them: "Chubby Cherubs". To my knowledge, that is a video-game owned by Bandai, and not an actual being. 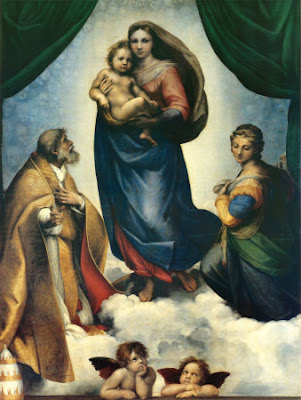 Raphael and Donatello would probably laugh at you if you called those things Cherubim. Cause EVERYONE knows what THEY look like. 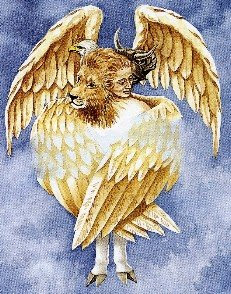 Pretty crazy. The prophet Ezekiel describes the cherubim as a gang of living creatures, each having four faces: of a lion, an ox, an eagle, and a man. They are said to have the stature and hands of a man, the feet of a calf, and four wings. Cool!Two of the wings extended upward, meeting above and holding up the throne of Christ; while the other two stretched downward and covered the creatures themselves.

Even Raphael knew this when he painted "Ezekiel" 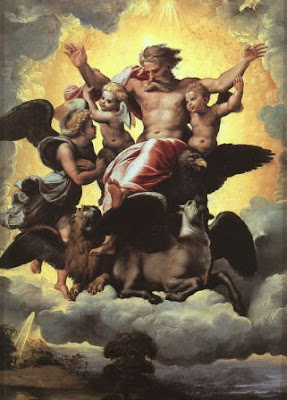 You can read about examples of these angels in the works of the prophets Isaiah, Ezekiel and The Revelation of Saint John of the Apocalypse.