Often, I write my dreams in a non-traditional fashion and later craft stories from them. Here is an example that I wrote an hour ago. I am giving it to you as I tried to suss it out, sitting down in my chair from my bed. It's jarring, and seemingly hapless... However, I have to write it backwards as I am recalling the dream. It's super difficult to do and often I am jumping up and down with anticipation waiting for the computer to turn on because I know that if I have to urinate I will lose the dream entirely. 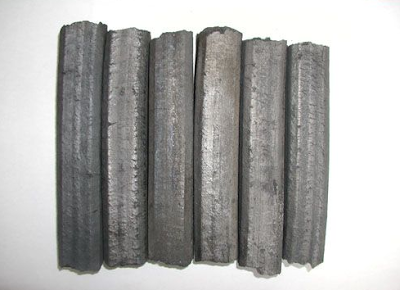 It was on a middle floor maybe.
One long hallway and a bedroom near the end that I was on.
At the other end was a doorway with a door that came up from the floor that led a stairway down.
She was in stairway.
Black hair and gray dress.
And he was in the bedroom, at my end of the hall.
Tied to the bed.
Not tied so much maybe.
His left arm had a large metal hinged spike thru it.
She would turn the hinge and he would scream
But he cut off the arm above the elbow, nearer to the bicep so the door would crush her.
I didn’t think she was the evil one until too late.
But earlier he had me cut off his pinky on his right hand so she could fight the evils on the lower floor.
And I had begged him not to make me.
But the more you inflicted pain upon the man...
The more power she had to defeat the evils on the lower floor.
And he had already sawed off his own legs.
And when she would leave him she would do so in the name of love and go down the hallway to fight.
Fight monsters.
And the door would go into the floor.
And she would turn with a blank and hesitant look, over her left shoulder.
And tell him that she loved all of him.
But I had to be there now.
For he had no one left to cut him.
So he drew me and made me.
The charcoal man.
He had summoned me from the floor to cut him.
She would return.
Blood up to her elbows.
And she would walk the hall.
Hair distraught.
Arms painted red.
Dripping in the hallway.
And she would wash there, in the sink in the room of the man on the bed.
A large metal sink without a counter.
The kind that butchers have.
She says that she knows that he is anxious.
His black hair and dark eyes.
And his mouth sewed shut.
She knows that I am there but says nothing.
She knows that he has summoned me.
Summoned me to cut off his left arm.
For he cannot.
Be strong , she tells him, the battle is almost won.
And then it is loose.
And she folds the skin over and stops the flow.
And takes the arm and places it into the floor where the teeth are.
And breathes deep and goes back down the hallway to the door on the end she came from.
It slides down and lets her in.
You must take my eyes while she is gone, he tells me.
I cannot do this thing. His eyes are all he has left. He lost his ears long ago.
But she needed me to see everything, he tells me.
Now that my arm is gone, I understand, he tells me.
Now that you are here, I understand, he tells me.
Take my eyes quickly, and I dig in, black ash hands crumbling.
Nothing.
Take the scoop, he says.
There on the side of the metal bed, a scoop.
And I dig into his eye like he’s asked.
Place it in the floor where the woman placed me, he says.
The teeth, yellow and hungry, take the eye.
The woman screams down the hall.
What are you doing? She calls down the hall.
But the door is sliding up, catching her.
She cannot move now, she is pinned to the ceiling.
The dirty yellow wallpaper shakes as she screams.
Quick the other one, he tells me.
But I am hesitant.
It is the only thing left of him.
Do it, he says.
Do it not, she screams.
The other eye comes out easier than the first.
It goes into the mouth...
Almost.
With it still in hand, I look out the doorway of the man’s room, down the hallway.
Her face is downcast, but it is dripping blood.
The same eye that I took from the man is now missing in her head.
She sees me and laughs.
I did not feed the man’s other eye into the mouth.
She lifts her hand and the eye from my hand is in the air.
It moves on its own.
I reach out and grab it.
But her hand, there with her stuck on the ceiling, calls to it and it tries to leave me.
I know you can hear me bitch! The man cries.
You shall never have all of me! He cries.
But suddenly she laughs.
The eye has broken through my hand and now floats to her with my ash fingers still clutching it.
And she brushes my fingers away and places it in her head where the other eye had been removed.
And pushes the door back down, full of new found strength.
She floats so slowly down the hall.
Now all that remains is to feed my children, she says.
And the door at my end of the hallway opens.
Not the room I am in, the door at the end.
It too, slides from the top downward.
And as her children feed on the man, he might have been saved.
But he had no legs or arms or tongue.


And I am all that is left of him.