The only man to admit shooting Malcolm X was freed on parole on Tuesday, 45 years after he assassinated the civil rights leader. 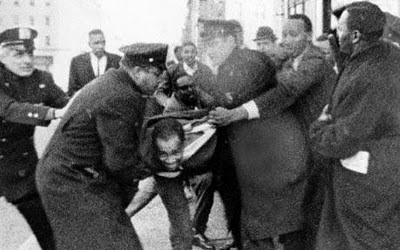 "He was released today. His release was approved," said Linda Foglia, spokesman for the New York state department of correctional services.

Thomas Hagan, who confessed to the 1965 shooting of Malcolm X, had been partially free on work release for the last 22 years, although he was still required to spend two nights a week at a low-security Manhattan prison.

Hagan, 69, was a member of the militant Nation of Islam movement when Malcolm X was shot in New York while giving a speech to hundreds of people. Hagan was captured by the crowd at the Audobon, in Washington Heights, and shot at and beaten before being rescued by police.

Two other men, Muhammad Abdul Aziz and Khalil Islam, were also charged with the murder. They maintained their innocence, but Hagan admitted at his 1966 trial that he was responsible for the slaying. All three men were sentenced to 20 years to life.

Hagan was placed on work release in 1988, according to a 2008 profile in the New York Post. At that time, he was spending free time with his wife and children, and was working in a fast food restaurant.

Malcolm X was a controversial black rights leader and had been a top Nation of Islam figure.

The assassins gunned him down out of anger at his split with the leadership of the Nation of Islam, the black Muslim movement for which he had once served as chief spokesman, Hagan said at the time.

Hagan, who was known as Talmadge X Hayer at the time of the shooting, has repeatedly expressed regret for his role in the assassination