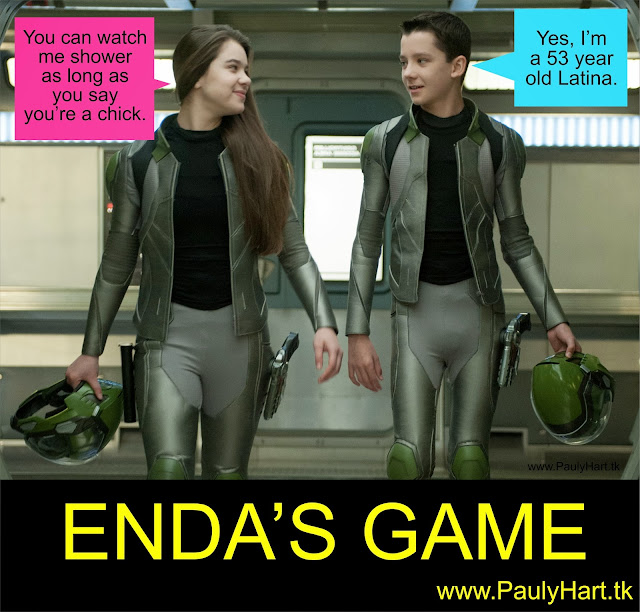 It's a supposed anti-discrimination act on gender and sexuality...

And, being Federal, it overrides State Anti Voyeurism laws.

ENDA stipulates that employees “transitioning” from one sex to the other may use existing lavatory and shower facilities of the sex they want to become!

This means a male employee who says he is in transition to becoming a woman can enter the locker room of an educational institution and shower with young girls and women (maybe your daughter)... With full authority of federal law under section 8 of the EDNA Bill.

SEC. 8. CONSTRUCTION.
(a) Dress or Grooming Standards- Nothing in this Act shall prohibit an employer from requiring an employee, during the employee’s hours at work, to adhere to reasonable dress or grooming standards not prohibited by other provisions of Federal, State, or local law, provided that the employer permits any employee who has undergone gender transition prior to the time of employment, and any employee who has notified the employer that the employee has undergone or is undergoing gender transition after the time of employment, to adhere to the same dress or grooming standards as apply for the gender to which the employee has transitioned or is transitioning. 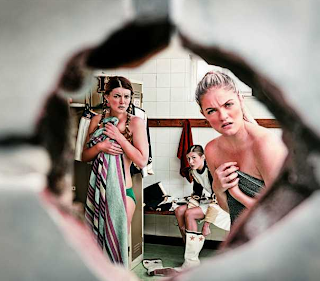 (b) Additional Facilities Not Required- Nothing in this Act shall be construed to require the construction of new or additional facilities.

Facilities means Restrooms. And this is not cool.

Take a young new teacher, maybe twenty three, arriving at a new high school... Just putting a barrette in his hair and walking into the 8th grade shower room... OK? School security escorts him out. The principal is called. Parents are notified. The school is in an uproar. The new teacher is suspended. He sues... AND WINS, and comes back to school the next week and does it all over again.

My point, however is that under these new laws, there would be nothing to stop the testosterone fueled idiocy.

At what point can the GLBT community say that they are fuck-tarded for letting creeps get at our daughters? No point, I am afraid. The rest of the bill may be passing, but this part fails miserably. FIX IT.

They will howl and moan because of the "GAY BASHY"-ness of the people who got offended at the male teacher with the barrette in his hair, they will get mad at the parents of the 8th grader who was washing herself and saw a man watching her? I would freak the fuck out and drive over there and bash his teeth in if it happened to my God-kids.

Maybe. I'm not violent, but those are my God-kids... I don't even have real kids yet. I can't imagine what I would do. 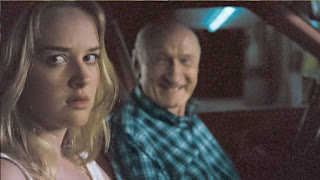 Heck, when I was a kid, Wally Resner was my fifth grade teacher, and (mysteriously) was my seventh grade teacher as well. He was always friendly to the girls in my class. Very friendly actually... too friendly as it turns out... In 1991, he was pulled out of the back of a van while he was having sex with an 8th grade girl... He was 50 something.

But, dang, I mean, ok... Now, give HIM permission to come downstairs and "help" the little girls get dressed. Dads with shotguns please take a number, stand over there, form a line... The torture will begin precisely at four.

So, what is the point of ENDA? To give equal rights to the naturally handicapped and naturally ignorant. Giving them rights to be hired is fine. I would say that everyone is ignorant and incapable of something, and it shouldn't be held against them if they don't know if they are an inny or an outtie. Confusion is a part of "Human Nature" and only Jesus heals that kind of stuff.

But those of us who took biology class, and who understand how basic copulation and reproduction works, and what the anus is really for, believe that our restrooms should be designed for the natural born sexuality of the creature as nature intended them to be. God bless the naturally born hermaphrodites, poor people. They should be the only ones who have the option to choose which restroom they can go to.

ENDA. Yes, hire the homosexual. But keep the creeps out of the restrooms, changing rooms, and locker rooms.

When "Mister Resner" becomes "Missy Resner", what are you going to do?