Daily Grinding Guide (And not buying anything)

This is the way I play, and I am doing great.
This takes me one hour.

Here is where I might differ. The following is if I do not already have THE squad that I want.

Path A - Getting a squad

Path B - Buffing a squad

9) Store -  Buy all of the doo-dads for credits (Don't spend any shards).
10) Arena - Buy shipment(s) and battle once. Make sure that your opponent is lower than you are. I've hit the refresh button up to twenty times. Winning is worth it. At the time of this writing, one of my accounts is ranked #320 so it's worth it.
11) Challenges - Do as many as possible
12) Arena - Do another battle
13) Cantina - Battle B, Luke Skywalker shard. Do the remainder of your Sim tickets
14) Arena - Do another battle
15) Galactic War - (If you have it available) Do half. BABYSIT these guys. Getting to the end is well worth it.

Here is a tip. If you are doing REALLY poorly and are thinking about retreating. DON'T. Just close the App and reopen it. It will go back to before you started the battle.

16) Finish Arena and Cantina Get the character shards you want.
17) Tweak out remaining characters attacks and abilities with whatever ability materials you have left.
18) Finish Galactic War. Remember... Babysit these jokers and don't be frustrated if you lose.
19) Buy all the stuff you want for tomorrow.
19) Close and continue Jedi training.

Here is my Galactic War flowchart:

Here are some screenshots. The first account was started on day four of release, and each one, two days after.

Note: you may notice that I do not use Chewie. True. I let my allies do that. I personally can't stand him. He's no good on autobattle. You walk away with two stars every time and you have to babysit him. Ugh. I would rather have two healers doing some buff/debuff than one stupid tank. 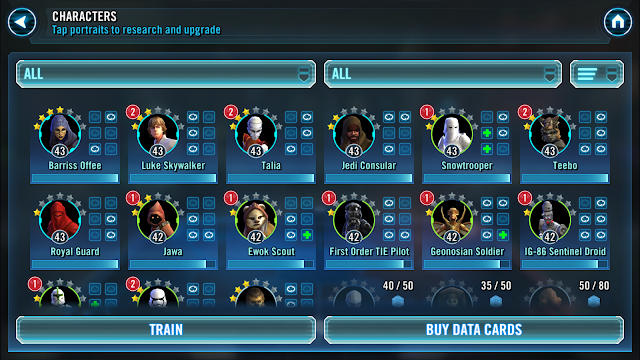 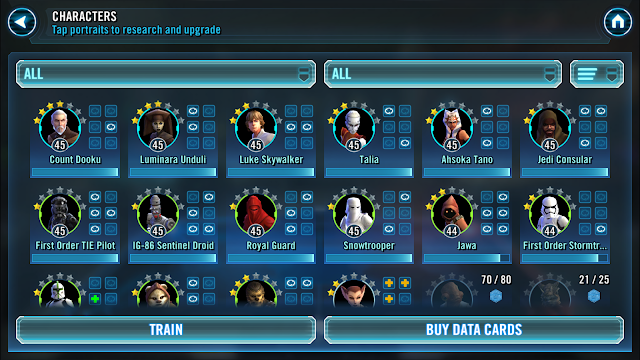 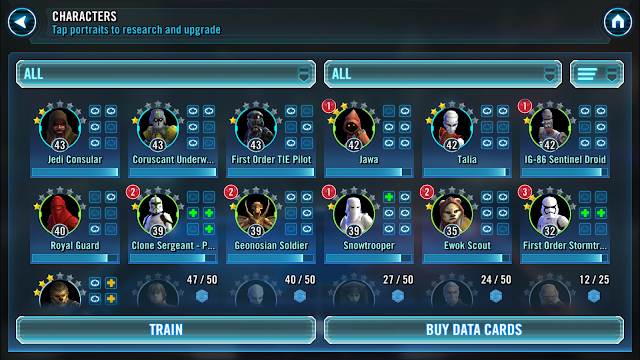 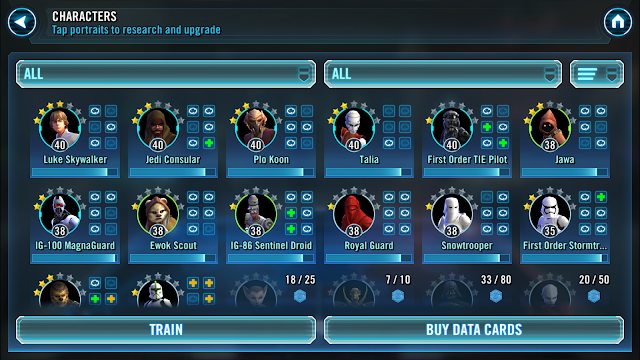 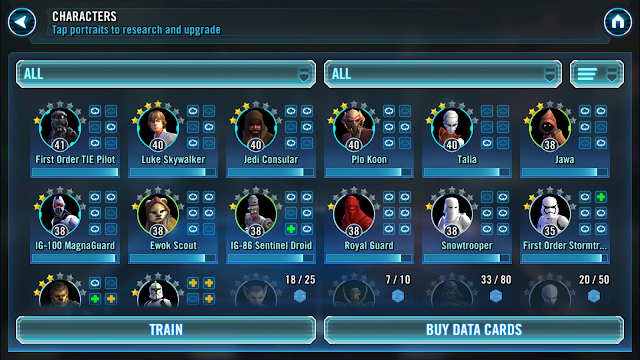 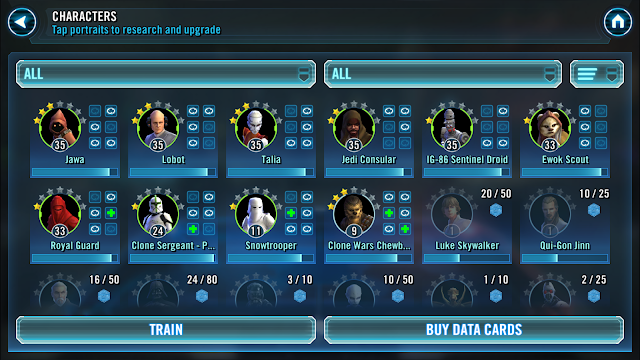 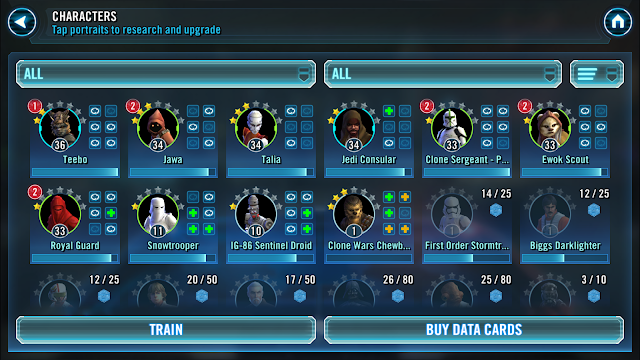