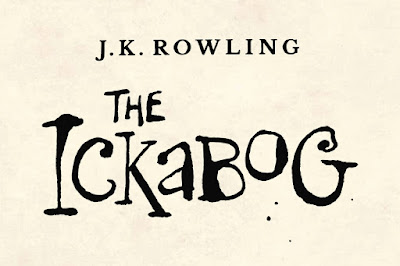 King Fred the Fearless
Once upon a time, there was a tiny country called Cornucopia, which had been ruled for centuries by a long line of fair-haired kings. The king at the time of which I write was called King Fred the Fearless. He’d announced the ‘Fearless’ bit himself, on the morning of his coronation, partly because it sounded nice with ‘Fred’, but also because he’d once managed to catch and kill a wasp all by himself, if you didn’t count five footmen and the boot boy.

King Fred the Fearless came to the throne on a huge wave of popularity. He had lovely yellow curls, fine sweeping moustaches and looked magnificent in the tight breeches, velvet doublets, and ruffled shirts that rich men wore at the time. Fred was said to be generous, smiled and waved whenever anyone caught sight of him and looked awfully handsome in the portraits that were distributed throughout the kingdom, to be hung in town halls. The people of Cornucopia were most happy with their new king, and many thought he’d end up being even better at the job than his father, Richard the Righteous, whose teeth (though nobody had liked to mention it at the time) were rather crooked.

King Fred was secretly relieved to find out how easy it was to rule Cornucopia. In fact, the country seemed to run itself. Nearly everybody had lots of food, the merchants made pots of gold, and Fred’s advisors took care of any little problem that arose. All that was left for Fred to do was beam at his subjects whenever he went out in his carriage and go hunting five times a week with his two best friends, Lord Spittleworth and Lord Flapoon.

Spittleworth and Flapoon had large estates of their own in the country, but they found it much cheaper and more amusing to live at the palace with the king, eating his food, hunting his stags, and making sure that the king didn’t get too fond of any of the beautiful ladies at court. They had no wish to see Fred married, because a queen might spoil all their fun. For a time, Fred had seemed to rather like Lady Eslanda, who was as dark and beautiful as Fred was fair and handsome, but Spittleworth had persuaded Fred that she was far too serious and bookish for the country to love her as queen. Fred didn’t know that Lord Spittleworth had a grudge against Lady Eslanda. He’d once asked her to marry him, but she’d turned him down.

Lord Spittleworth was very thin, cunning, and clever. His friend Flapoon was ruddy-faced, and so enormous that it required six men to heave him onto his massive chestnut horse. Though not as clever as Spittleworth, Flapoon was still far sharper than the king.

Both lords were expert at flattery, and pretending to be astonished by how good Fred was at everything from riding to tiddlywinks. If Spittleworth had a particular talent, it was persuading the king to do things that suited Spittleworth, and if Flapoon had a gift, it was for convincing the king that nobody on earth was as loyal to the king as his two best friends.

Fred thought Spittleworth and Flapoon were jolly good chaps. They urged him to hold fancy parties, elaborate picnics, and sumptuous banquets, because Cornucopia was famous, far beyond its borders, for its food. Each of its cities was known for a different kind, and each was the very best in the world.

The capital of Cornucopia, Chouxville, lay in the south of the country, and was surrounded by acres of orchards, fields of shimmering golden wheat, and emerald-green grass, on which pure white dairy cows grazed. The cream, flour, and fruit produced by the farmers here was then given to the exceptional bakers of Chouxville, who made pastries.

Think, if you please, of the most delicious cake or biscuit you have ever tasted. Well, let me tell you they’d have been downright ashamed to serve that in Chouxville. Unless a grown man’s eyes filled with tears of pleasure as he bit into a Chouxville pastry, it was deemed a failure and never made again. The bakery windows of Chouxville were piled high with delicacies such as Maidens’ Dreams, Fairies’ Cradles, and, most famous of all, Hopes-of-Heaven, which were so exquisitely, painfully delicious that they were saved for special occasions and everybody cried for joy as they ate them. King Porfirio, of neighbouring Pluritania, had already sent King Fred a letter, offering him the choice of any of his daughters’ hands in marriage in exchange for a lifetime’s supply of Hopes-of-Heaven, but Spittleworth had advised Fred to laugh in the Pluritanian ambassador’s face.

‘His daughters are nowhere near pretty enough to exchange for Hopes-of-Heaven, sire!’ said Spittleworth.

To the north of Chouxville lay more green fields and clear, sparkling rivers, where jet-black cows and happy pink pigs were raised. These in turn served the twin cities of Kurdsburg and Baronstown, which were separated from each other by an arching stone bridge over the main river of Cornucopia, the Fluma, where brightly coloured barges bore goods from one end of the kingdom to another.

Baronstown was celebrated for its smoked and honey-roasted hams, its sides of bacon, its spicy sausages, its melting beefsteaks, and its venison pies.

The savoury fumes rising from the chimneys of the red-brick Baronstown stoves mingled with the odorous tang wafting from the doorways of the Kurdsburg cheesemongers, and for forty miles all around, it was impossible not to salivate breathing in the delicious air.

A few hours north of Kurdsburg and Baronstown, you came upon acres of vineyards bearing grapes as large as eggs, each of them ripe and sweet and juicy. Journey onwards for the rest of the day and you reached the granite city of Jeroboam, famous for its wines. They said of the Jeroboam air that you could get tipsy simply walking its streets. The best vintages changed hands for thousands upon thousands of gold coins, and the Jeroboam wine merchants were some of the richest men in the kingdom.

But a little north of Jeroboam, a strange thing happened. It was as though the magically rich land of Cornucopia had exhausted itself by producing the best grass, the best fruit, and the best wheat in the world. Right at the northern tip came the place known as the Marshlands, and the only things that grew there were some tasteless, rubbery mushrooms and thin dry grass, only good enough to feed a few mangy sheep.

The Marshlanders who tended the sheep didn’t have the sleek, well-rounded, well-dressed appearance of the citizens of Jeroboam, Baronstown, Kurdsburg, or Chouxville. They were gaunt and ragged. Their poorly nourished sheep never fetched very good prices, either in Cornucopia or abroad, so very few Marshlanders ever got to taste the delights of Cornucopian wine, cheese, beef, or pastries. The most common dish in the Marshlands was a greasy mutton broth, made of those sheep who were too old to sell.

The rest of Cornucopia found the Marshlanders an odd bunch – surly, dirty, and ill-tempered. They had rough voices, which the other Cornucopians imitated, making them sound like hoarse old sheep. Jokes were made about their manners and their simplicity. As far as the rest of Cornucopia was concerned, the only memorable thing that had ever come out of the Marshlands was the legend of the Ickabog.

The legend of the Ickabog had been passed down by generations of Marshlanders, and spread by word of mouth all the way to Chouxville. Nowadays, everybody knew the story. Naturally, as with all legends, it changed a little depending on who was telling it. However, every story agreed that a monster lived at the very northernmost tip of the country, in a wide patch of dark and often misty marsh too dangerous for humans to enter. The monster was said to eat children and sheep. Sometimes it even carried off grown men and women who strayed too close to the marsh at night.

The habits and appearance of the Ickabog changed depending on who was describing it. Some made it snakelike, others dragonish or wolflike. Some said it roared, others that it hissed, and still others said that it drifted as silently as the mists that descended on the marsh without warning.

The Ickabog, they said, had extraordinary powers. It could imitate the human voice to lure travellers into its clutches. If you tried to kill it, it would mend magically, or else split into two Ickabogs; it could fly, spurt fire, shoot poison – the Ickabog’s powers were as great as the imagination of the teller.

‘Mind you don’t leave the garden while I’m working,’ parents all over the kingdom would tell their children, ‘or the Ickabog will catch you and eat you all up!’ And throughout the land, boys and girls played at fighting the Ickabog, tried to frighten each other with the tale of the Ickabog, and even, if the story became too convincing, had nightmares about the Ickabog.

Bert Beamish was one such little boy. When a family called the Dovetails came over for dinner one night, Mr Dovetail entertained everybody with what he claimed was the latest news of the Ickabog. That night, five-year-old Bert woke, sobbing and terrified, from a dream in which the monster’s huge white eyes were gleaming at him across a foggy marsh into which he was slowly sinking.

‘There, there,’ whispered his mother, who’d tiptoed into his room with a candle and now rocked him backwards and forwards in her lap. ‘There is no Ickabog, Bertie. It’s just a silly story.’

‘So they have,’ said Mrs Beamish, ‘but not because a monster took them. Sheep are foolish creatures. They wander off and get lost in the marsh.’

‘Only people who’re silly enough to stray onto the marsh at night,’ said Mrs Beamish. ‘Hush now, Bertie, there is no monster.’

‘But Mr D-Dovetail said p-people heard voices outside their windows and in the m-morning their chickens were gone!’

‘The voices they heard are ordinary thieves, Bertie. Up in the Marshlands they pilfer from each other all the time. It’s easier to blame the Ickabog than to admit their neighbours are stealing from them!’

‘Stealing?’ gasped Bert, sitting up in his mother’s lap and gazing at her with solemn eyes. ‘Stealing’s very naughty, isn’t it, Mummy?’

‘It’s very naughty indeed,’ said Mrs Beamish, lifting up Bert, placing him tenderly back into his warm bed and tucking him in. ‘But luckily, we don’t live near those lawless Marshlanders.’

She picked up her candle and tiptoed back towards the bedroom door.

‘Night, night,’ she whispered from the doorway. She’d normally have added, ‘Don’t let the Ickabog bite,’ which was what parents across Cornucopia said to their children at bedtime, but instead she said, ‘Sleep tight.’

Bert fell asleep again, and saw no more monsters in his dreams.

It so happened that Mr Dovetail and Mrs Beamish were great friends. They’d been in the same class at school, and had known each other all their lives. When Mr Dovetail heard that he’d given Bert nightmares, he felt guilty. As he was the best carpenter in all of Chouxville, he decided to carve the little boy an Ickabog. It had a wide, smiling mouth full of teeth and big, clawed feet, and at once it became Bert’s favourite toy.

If Bert, or his parents, or the Dovetails next door, or anybody else in the whole kingdom of Cornucopia had been told that terrible troubles were about to engulf Cornucopia, all because of the myth of the Ickabog, they’d have laughed. They lived in the happiest kingdom in the world. What harm could the Ickabog do?