The love of money is the root of all kinds of evil.

"So you think that money is the root of all evil?" said Francisco d'Aconia. Have you ever asked what is the root of money? Money is a tool of exchange, which can't exist unless there are goods produced and men able to produce them. Money is the material shape of the principle that men who wish to deal with one another must deal by trade and give value for value. Money is not the tool of the moochers, who claim your product by tears, or of the looters, who take it from you by force. Money is made possible only by the men who produce. Is this what you consider evil?" - Francisco d. Anconia, 'Atlas Shrugged', Ayn Rand

Is money the root of all evil?

Or is the root of all KINDS of evil caused by the LOVE of money?

I submit that money is not evil. Money is wonderful. It the love of money that can lead to all kinds of evil. No one can serve two masters. Either you will hate the one and love the other, or you will be devoted to the one and despise the other. You cannot serve both God and money. So serving God is first and foremost.

And yet, how do I serve God in today's society?

The good old verse of Romans 13:8 has caused issues in my life before. The best translation that I can find reads: "Owe no thing to any one except that you owe love. for when you love your neighbor, you fulfill the law." Which i strive to fulfill in my life. At most times, when and if I do owe someone, it is because i was stupid and have called them and told them my plight and then told them that they won't get any money from me ever so it would be best to stop trying. Usually this works, and, as I don't ever try to owe people or corporations, or any one any thing... I usually come out on top morally. Some so called bible practicers choose to ignore this verse and see their lives prosper by blending their faith into their spirituality. That's sad. 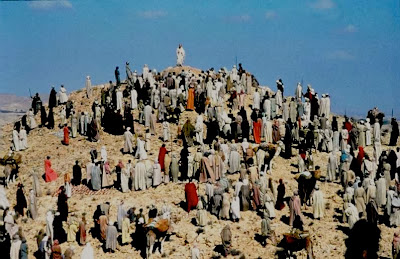 Jesus, in his ministry, talked a lot about money.

The blessings of poverty
How to be a good steward of what you have been trusted with
How to push your faith into finding extorted tax money
How to grow your wealth
How hard it is to go to heaven when you're wealthy
The trappings of too much money
The joys of homelessness
How to be a good steward of your wealth
How to forgive debts against your employer to the contractors that owe him money
How to pray over what you have and see God increase it
And various other things.

But NO WHERE in the acts and doings of Jesus Christ in the Christian Bible does it show you how to borrow and succeed. i will say it once and you can do with it what you will: If you are a bible believing "Christian" and you are "borrowing" as a lifestyle, then I submit to you that you are in sin and you need to cease.

Indeed Romans 13:7-10 is a really cool part of the bible. "Render to all what is due them: tax to whom tax is due; tribute to whom tribute is due; reverence to whom reverence; honor to whom honor, but owe nothing to anyone except to love one another; for he who loves his neighbor has fulfilled all the law. ...  It is summed up in this saying: "You shall love your neighbor as you love yourself." Love does no wrong to a neighbor; therefore love is the fulfillment of all of the law." 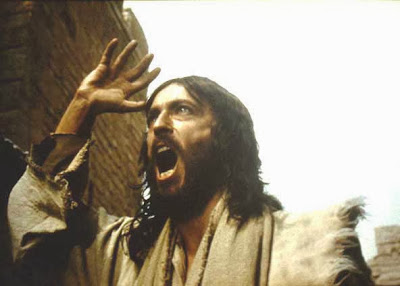 It talks about paying people what is due them in WHATEVER measure or currency that they accept. tax, tribute, reverence, honor... Could be a lot of stuff from a check to a nod of the head to a kind word... But to OWE? Nope... Jesus talked about this in depth at his sermon on the mount... It's funny that the judgement verse that people are so fond of quoting is in reference to summary financial judgments. Indeed one of the most powerful parts of the sermon on the mount is about love and money all rolled up into one. lets look at that:

Luke 6:27-38 - "But to you who are listening I say: Love your enemies, do good to those who hate you, bless those who curse you, pray for those who mistreat you. If someone slaps you on one cheek, turn to them the other also. If someone takes your coat, do not withhold your shirt from them. Give to everyone who asks you, and if anyone takes what belongs to you, do not demand it back. Do to others as you would have them do to you. Because, if you love those who love you, what credit is that to you? Even sinners love those who love them... And if you do good to those who are good to you, what credit is that to you? Even sinners do that. So if you lend to those from whom you expect repayment, what credit is that to you? Even sinners lend to sinners, expecting to be repaid in full. But love your enemies, do good to them, and lend to them without expecting to get anything back. Then your reward will be great, and you will be children of the Most High, because he is kind to the ungrateful and wicked. Be merciful, just as your Father is merciful. And do not judge them, and you will not be judged. Do not condemn, and you will not be condemned. Forgive debt, and you will be forgiven. Give, and it will be given to you. A good measure, pressed down, shaken together and running over, will be poured into your lap. For with the measure you use, it will be measured to you."

Really? They didn't preach this to me growing up. Jesus had no physical trapping of the pride of owning things envelop his life. No THING ruled his mind. Jesus was poor. And He told us we were blessed when we were poor. What more do you want? How did Jesus view commerce and banking and usury? Probably the way Moses intended in Exodus 22, Deuteronomy 23 and Leviticus 25. That it's wrong and evil and needs to stop. 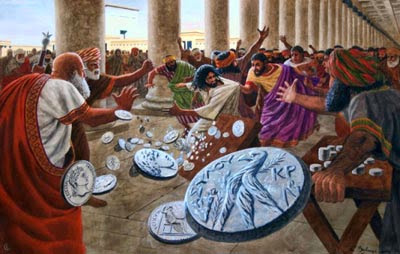 Jesus had two issues with the religious authorities at the time. It was exemplified in His visit each time He went to the temple. His fist visit was at the beginning of His ministry (John 2) and He had an issue with three groups of people: Those selling the livestock, those changing money, those selling doves. The second time He visited and cleansed the temple (Matthew 21) He had an issue with the same three types of people.

It's funny that the issue is money again. He calls them "Market Builders", "Traders" and "Robbers". The issue with the livestock owners: This was for the rich and the larger groups of families. The temple wasn't supposed to house the animals... They animals were supposed to come from somewhere else, so the sin was one of convenience... You weren't really "sacrificing" anything, except to pay money for it, which you could easily do.

The second issue was with the money-changers. They took the pagan coin of Caesar and traded it with a "holy" coin with the image of the temple on it... But their sin was that they were the only ones in charge of the coin... The same way that the Federal Reserve Bank has a stranglehold on the United States of America... They charged whatever they wanted and were robbing the people with the exchange rate they set themselves.

The third issue was that of the doves. The doves were meant to be for the poor as a cheap substitute for the actual livestock. So the prices were supposed to be low. But the priests would only accept certain doves that were pure, and it was hard to get a pure dove, so the priests would only accept the doves that were "authentically pure"... those with the leg-brand of the ones that were raised by the temple-sellers. Again, a strangle-hold on the market.

And Jesus kicked all three groups out twice. They haven't learned, they didn't learn then, and they will never learn. Jesus hates profiteers and hates it when you fall under their thumb-screws. 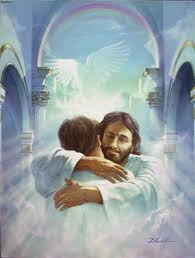 One day Jesus will return with a much larger whip and drive out the money-changers from the world. There will be love and acceptance and forgiveness for you then, and indeed, there is now, but wouldn't it be better to just quit playing their game while you are ahead?

I will end with this:

Money is wonderful... But as it says in I Timothy 6:10: "For the love of money is a root of all kinds of evil, and by craving it, some have wandered away from the faith and pierced themselves with many pains."

So money isn't evil. Loving it, though, does seem to cause issues.