The Obama administration, in a far-reaching effort to improve the lot of workers that has ignited criticism from business groups, announced on Tuesday that it was making millions more employees eligible for overtime pay.

This is terrible news for summer camps.

fair pay for the young adults working means the camp hires less. the ratio of counselors to campers grow. the counselors are exhausted. the children are unhappy. the safety meetings and buddy checks lapse. more accidents occur. the camp relies on more seasoned veterans to be counselors. the ones who return enjoy the power trip and not loving the children. the camp calls for volunteers, who sometimes come and sometimes don't, making it harder on rely on them and thus causing more problems. the problem mom comes every day and demands to teach every clinic her son is in and the child is miserable. the counselors-in-training are made more busy and less time for personal growth. sounds like government interfering with our life. 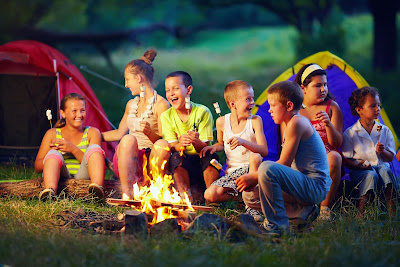 as a personal example from my life, i was a counselor at a small christian camp in the midwest in 1988 and they split the "offering" among all the workers that the parents gave at the saturday morning goodbye celebration. once i got paid $2.40 that week. there is no typo there. i was happy and i learned a great deal as a person who worked 70 hours a week for 5 weeks.
“It's WW2 and there are wage controls in place. Instead of health care, companies decide to offer employees shoes. Having absorbed those costs, they later lobby for every company to be required to offer shoes. That calls forth regulation and monopolization of the shoe industry. Shoes are heavily subsidized. Every shoe must be approved. Producers must be domestic. They must adhere to a certain quality. They can't discriminate based on foot size or individual need. Prices rise, and some people lack shoes, so the Affordable Shoe Act forces everyone to buy into an official shoe plan or pay a fee. Here we have a perfect plan for making shoes egregiously expensive. The entire country would be consumed with the fear of being shoeless if they lose their job. The left wing calls for a single shoe provider to offer universal shoes and the right wing meekly suggests that shoe makers be permitted to sell across state lines. Meanwhile, libertarians suggest that we just forget the whole thing and let the market make and deliver shoes of every quality to anyone from anyone. Everyone screams that this is an insane and dangerous idea.” ― Jeffrey Tucker