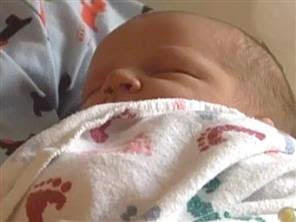 Henry Michael Berendes arrived into the world in grand style and, although his only real achievement in life is simply being born, he is already a notable person just for that.

Born to Chuck and Polly Berendes of La Crosse, Wisconsin, little Henry was delivered at 9:09 a.m. by Cesarean section at Franciscan Skemp Medical Center on September 9, 2009 making his exact birth date 9.9.09 at 9:09.

Following his arrival, Michael was placed on a scale where the funny coincidence of his birth became more of a minor miracle. Henry Michael Berendes, born on 9.9.09 at 9:09 pm weighed in at 9 pounds, 9 ounces.