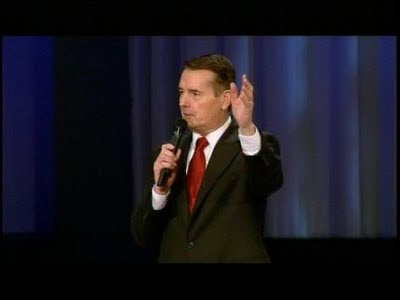 He was 57. He died 4:40 a.m. today, church officials announced at morning services.

Daugherty was hospitalized in October with a viral infection in his throat when tests discovered the cancer.

Audible gasps were heard across the congregation near the end of the 9 a.m. service when associate pastor Bruce Edwards announced from the pulpit, “At 4:40 a.m. this morning, pastor graduated into heaven.”

“We don’t sorrow as the world sorrows, as one without hope,” he said. “We celebrate his life, but at the same time there is sorrow, there is grieving.”

Many people sobbed in their seats as son-in-law Adam Sanders talked about Daugherty’s final hours at the M.D. Anderson Cancer Center in Houston.

“We miss him, but he’s with Jesus,” he said. “His entire life was about one thing, loving God, and out of that love, he loved people. We will continue in his legacy, loving people.”

Son in law Caleb Wehrli, tears streaming down his face, said the whole family continued to worship right up to the end.

“He fought the good fight and he won. He touched so many people,” he said.

A memorial service is being planned for Nov. 30.

In addition to founding one of Tulsa’s largest churches, he was founder of Victory Christian School, Victory Bible Institute
with about 900 campuses in 93 countries, and Victory World Missions Training Center which has sent 1000s of
missionaries around the world. 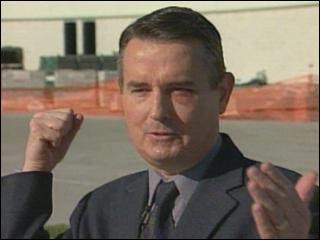 (Pastor Bill praising God after he was punched during a service)

His television show, Victory in Jesus, reached more than 100 million households in North America, in addition to satellite and internet distribution worldwide. He and his wife, Victory co-pastor Sharon Daugherty, have written more than a dozen books.

Daugherty was one of America’s best-known charismatic pastors, preaching an upbeat and sometimes controversial message that Jesus came to bring spiritual, emotional and physical healing, and blessing and prosperity to mankind. He regularly brought some of the top charismatic preachers in the world to Tulsa for Word Explosion, Victory’s annual summer conference.

He was a youth minister in the 1970s at Sheridan Christian Center, and became senior pastor at the church in 1976 when the pastor retired.

By 1980, attendance had grown from 300 to 2,000. Daugherty sought to relocate the church. When church leaders decided not to move, he started what is now Victory Christian Center, meeting briefly in a former car dealership at 4400 S. Sheridan Road, and moving in 1984 to the vacant Thoreau Junior High School.

Four years later, when Tulsa Public Schools sold the school building, the church moved to its present site at 7700 S. Lewis Ave. and held worship services in the Mabee Center across the street.

In 2007, the church moved into its state of the art, $32 million, 5,000-seat worship center, built without borrowing money. It was the first time the church had its own worship center. Daugherty made the news in 1991 when he was hospitalized with minor burns he suffered rescuing two of his children from a fire that heavily damaged their home.

In 2005, he made national news when a man came forward at an altar call on a Sunday morning and slugged him in the face, opening a cut over his eye that required two stitches. Daugherty went to the Tulsa jail to forgive the man, did not press assault charges, and later wrote a book about the experience: “Knocked Down But Not Out.”

In October, 2007, Daugherty was named interim president of Oral Roberts University after ORU president Richard Roberts stepped down in the wake of allegations that he misused university funds.

In addition to his wife, Sharon Daugherty, he is survived his mother, Iru Daugherty. Among other survivors are his four children, all of them involved in the ministry. They are daughters Ruthie Sanders and Sarah Wehrli, and sons Paul and John.

i signed in to tulsaworld.com so i could leave this post:

i attended victory from 1990 to 1995 and went to bible school every year. i moved to indiana to practice what i had learned. five years later i was returning to the tulsa area after losing my house, coffee-shop, having turned to drugs and alcohol and cigarettes and having gone through a bitter divorce. i attended a wednesday night service and caught pastor bill on the way out of the door. "well hey paul" was his response with a big grin. "how are you?" well i believe i burst into tears right then and there. he had been my friend and my pastor then in bible school and he was still both at that time to me. he pulled me aside in the middle of a busy after-service cleanup, and we spent 15 minutes there... huddled together as i poured my heart out to him with people rubbernecking on their way out. he hugged me and we prayed and God himself was on the scene in a mighty and deliberate way. God used this man in my life more than once and in many different ways... but the point about billy joe that set him apart from many of the other pastors in this tulsa-town is his ability to look past your clothes and see you. i was a person to him and in that way, Christs light shone through. i love him and will miss him dearly.