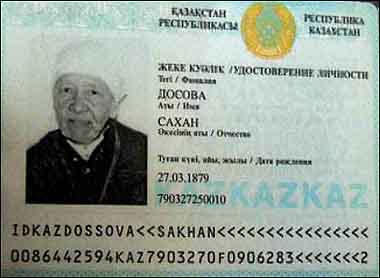 While the folks at the Guinness Book of World Records are trying to confirm her age, Mrs. Dosova has been speaking about her incredible longevity including the fact that she's never taken pills and doesn't like sweets.

Mrs. Dosova has been married twice and had ten children; only three of them - now in their ninties - are still living. It is believed that she was widowed during World War II.