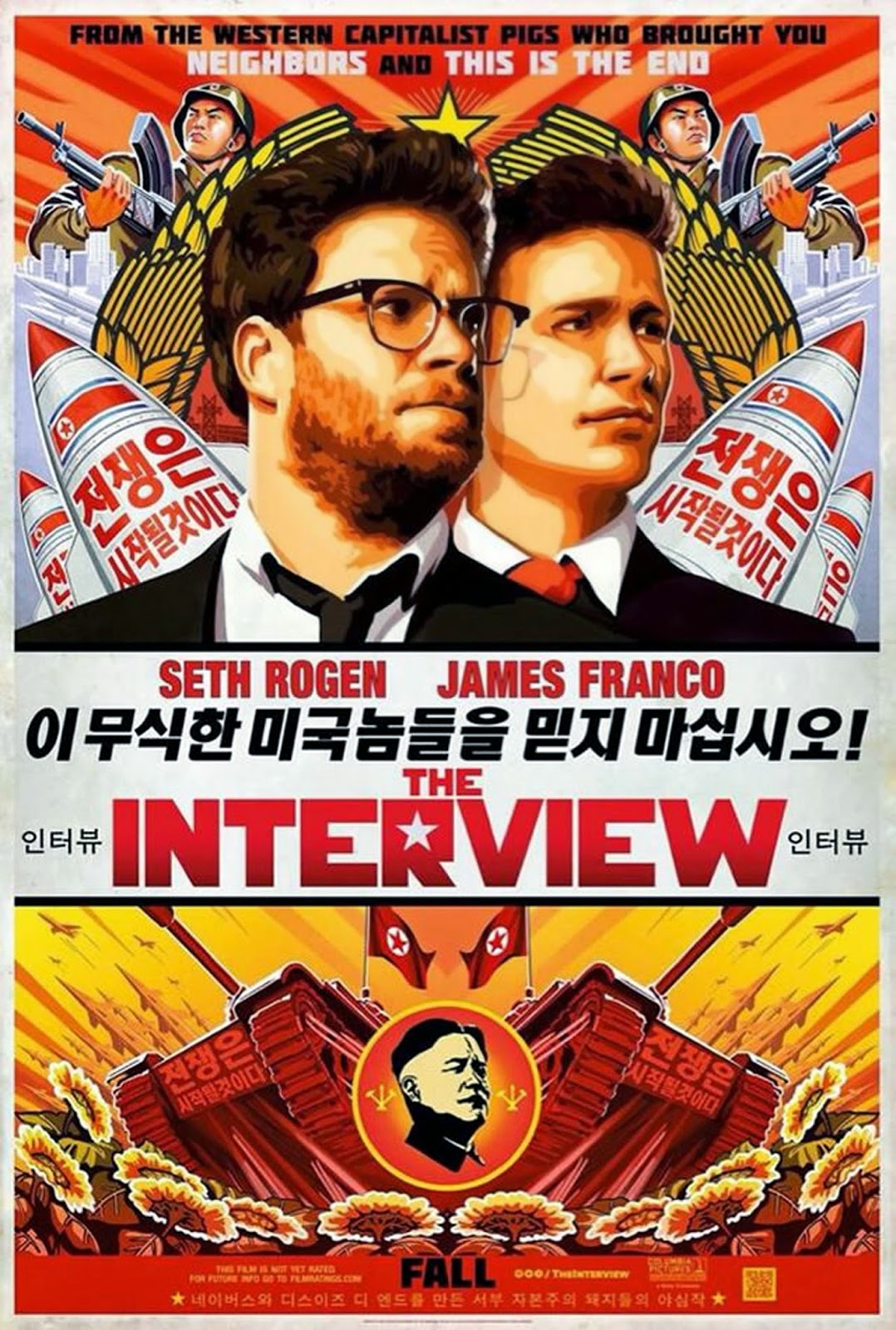 This one is surreal.

In a stunning display of corporate cowardice, Regal, AMC, and every other major theatre chain in the United States have cancelled their plans to show the new Seth Rogen/ James Franco comedy THE INTERVIEW, because of -- yes, seriously, this is not a SOUTH PARK sketch (though I expect it soon will be) -- threats from North Korea.

I mean, really? REALLY?? These gigantic corporations, most of which could buy North Korea with pocket change, are declining to show a film because Kim Jong-Un objects to being mocked?

The level of corporate cowardice here astonishes me. It's a good thing these guys weren't around when Charlie Chaplin made THE GREAT DICTATOR. If Kim Jong-Un scares them, Adolf Hitler would have had them shitting in their smallclothes.

Even Sony, which made the movie, is going along. There are thousands of small independent theatres across the country, like my own, that would gladly screen THE INTERVIEW, regardless of the threats from North Korea, but instead of shifting the film to those venues, Sony has cancelled its scheduled Christmas rollout entirely.

I haven't seen THE INTERVIEW. I have no idea how good or bad a film it is. It might be hilarious. It might be stupid and offensive and outrageous. (Actually, I am pretty sure about the 'outrageous' part). It might be all of the above.

That's not the point, though. Whether it's the next CITIZEN KANE or the next PLAN 9 FROM OUTER SPACE, it astonishes me that a major Hollywood film could be killed before release by threats from a foreign power and anonymous hackers.

For what it's worth, the Jean Cocteau Cinema will be glad to screen THE INTERVIEW (assuming that Sony does eventually release the film for theatrical exhibition, rather than streaming it or dumping it as a direct-to-DVD release), should it be made available to us. Come to Santa Fe, Seth, we'll show your film for you.
Current Location:Santa Fe