Robots and Heather
by Pauly Hart
12/11/2014
PaulyHart.com
Where Truth Matters. 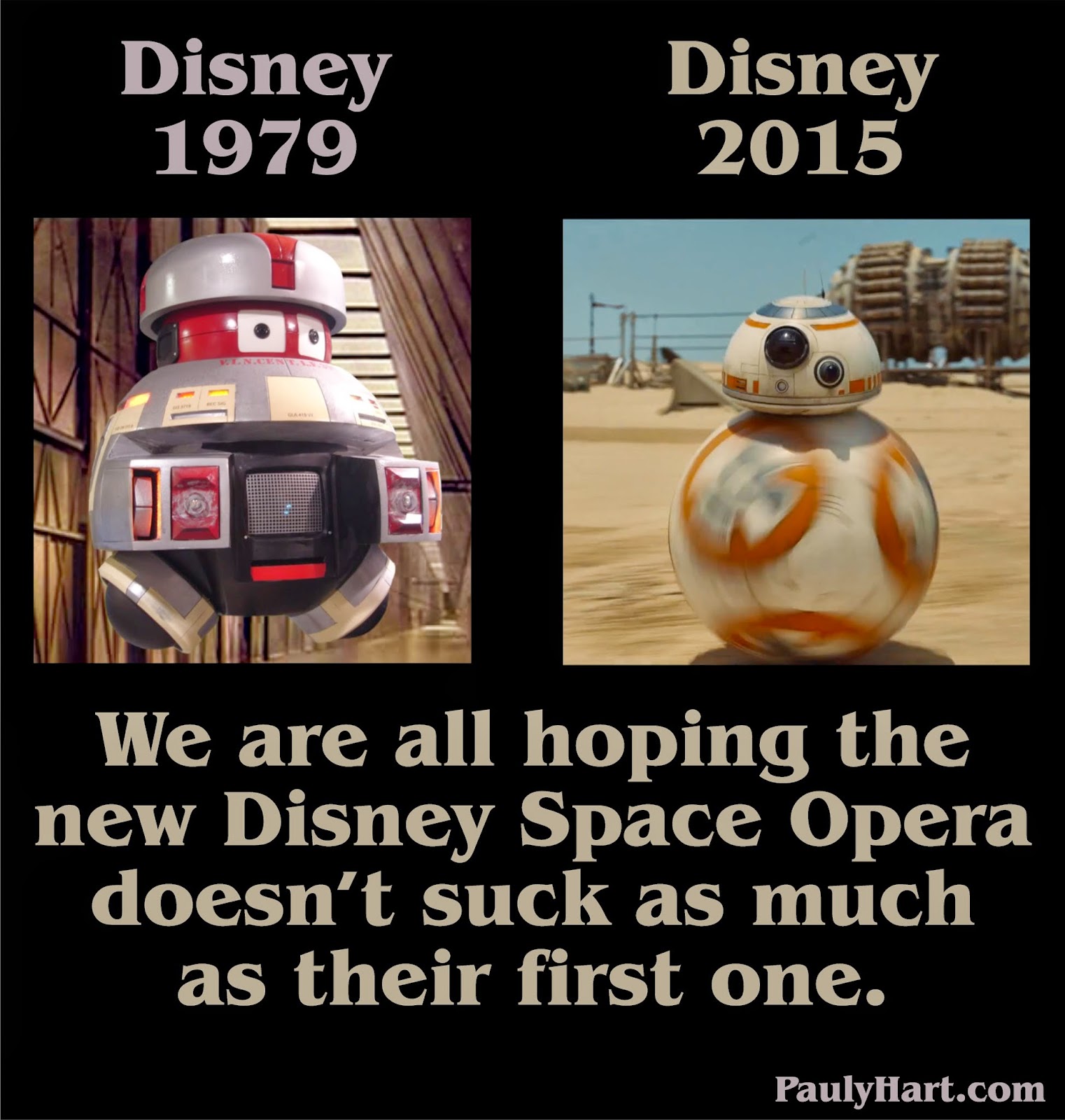 The only memory I really have of the movie "The Black Hole" was from the fifth grade where had we watched it on an over night field trip. Kail asked me if I thought Heather was pretty and if I would want to "Go Together" and I jumped at the chance because I had a crush on Heather ever since the fourth grade.

Later I found out that Heather, Tara and Whitney were all playing a trick on me. I was crushed. I would probably love this movie and hold it most dear if Heather hadn't killed my soul that day. I had a crush on her even into college where I finally worked up the nerve to ask her out and she said yes. It had only taken me twelve years to summon up the courage...

She stood me up. Later I asked her about it and she told me that she hadn't believed that I was serious.