Some facts about "Sicko" that you might not have seen

Strength in Numbers - One Winters Night

This cracks me up.

As an artist, I can understand how he feels.

Empire or Humanity? with Viggo Mortensen

Authorities are preparing to seize children from schools, set up quarantines and morgues, conduct mass vaccinations, and deal with riots and unrest, according to an international swine flu summit recently held in Washington DC which was attended by distinguished scientists, industry leaders and top health officials from all over the globe.

A conference first discussed by this website three weeks ago has now taken place, with health authorities meeting at the end of last week to finalize response plans to a swine flu pandemic that has been all but guaranteed to occur this coming fall.

According to a PDF information leaflet released before the meeting, attendees were briefed on how to “conduct morgue operations,” manage an interruption in food supplies and “manage panic caused by sudden disruption of services & interruptions in essential goods & services”.

During a swine flu pandemic, their duties would also include dealing with civil disturbances, controlling and diffusing social unrest and public disorder, carrying out mass vaccination programs and enforcing quarantines, according to the conference documentation.

One of the most shocking modules of the conference deals with “School/University Pandemic Planning” and strongly implies that authorities will usurp parental rights over children in the event of a swine flu pandemic.

“Concurrent Breakout Session #10″ outlines plans to “train teachers to screen for symptoms & know what
to do when students / teachers fall ill,” before then transporting ill students, which presumably means transporting them to quarantine zones with or without the consent of parents. The use of schools as “shelters” or quarantine centers is also mentioned.

As we have documented, authorities have been training to raid and remove children from schools during times of emergency for over a decade, mainly under the auspices of preparing for school shootings or during drug sweeps. 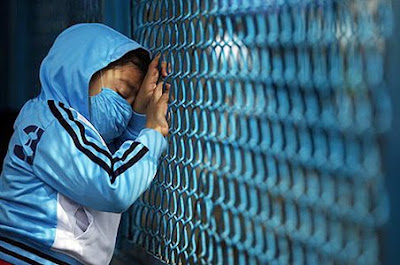 In October 2001, authorities swooped in to kidnap and remove 115 children from Heartland Christian Academy without a warrant. Children were forcibly loaded onto buses like criminals as they screamed for help in shocking scenes featured in Alex Jones’ Road To Tyranny documentary.

Earlier this month we reported on how a Maine high school was taken over by the National Guard in a drill focused around riots during a mass vaccination program. In this scenario, the rioters were begging for the vaccine, but obviously the opposite is likely to be the case if a mandatory vaccination program is announced, if there are riots then they will consist of people refusing to take the shot.

The corporate media is freaking out over Americans exercising their right under the Second Amendment and open carry laws in Arizona and New Hampshire. It just drives them nuts citizens would show up at Obama events with legal weapons.

As Chris Matthews insinuated in his confrontational interview with William Kostric after the New Hampshire patriot showed up with a sidearm at an Obama event, these people want to assassinate the president. “Why did you bring a god damn gun at a Presidential event. I think those things make people wonder what you’re about,” asked an irate Matthews.

The corporate media went into overdrive in an attempt to portray Kostric as a right-wing extremist and a potential threat to the president. Joan Walsh, writing for Salon, attempted to connect Kostric to the birther movement and noted his connection to the “far-right group” We the People, while The New York times portrayed Kostric as “your average hard-core Ron Paul voter — male, smug and obsessed with the money supply.”

It drives the corporate media limo libs crazy when they see rustics with guns. Five alarm fire bells go off when they see the words of Thomas Jefferson on placards held by armed citizens.

Last night MSNBC’s Rachel Maddow had a former Secret Service agent on her show. People exercising their rights under the Constitution and state laws are “creating an atmosphere that could be dangerous to the president,” said Joseph Petro. “I would argue that the vitriolic political rhetoric we’re hearing from seemingly responsible people is stimulating a lot of these foolish stunts,” he said.

On August 17, the Associated Press added to the supposed outrage. “About a dozen people carrying guns, including one with a military-style rifle, milled among protesters outside the convention center where President Barack Obama was giving a speech Monday.”

Fred Solop, a Northern Arizona University political scientist, told the AP the incidents in New Hampshire and Arizona could signal the beginning of a disturbing trend. “When you start to bring guns to political rallies, it does layer on another level of concern and significance,” Solop said. “It actually becomes quite scary for many people. It creates a chilling effect in the ability of our society to carry on honest communication.”

It becomes “quite scary for many people” because a majority of Americans no longer understand the Constitution or its core principles. The Second Amendment was not designed to create “a chilling effect in the ability of our society to carry on honest communication,” but rather ensure it from a tyrannical government.

Paul Helmke, president of the Washington, D.C.-based Brady Campaign to Prevent Gun Violence, said Obama’s propaganda events should be Constitution free zones. “To me, this is craziness,” he declared. “When you bring a loaded gun, particularly a loaded assault rifle, to any political event, but particularly to one where the president is appearing, you’re just making the situation dangerous for everyone.”

In other words, Americans exercising their constitutional rights are a danger to the president and society as a whole.

The corporate media, at the behest of our rulers, is desperate to characterize law-abiding Americans — Arizona, after all, has an open carry law allowing citizens to legally carry their weapons in public — as rightwing extremist lunatics who are a threat to the New World Order’s latest front man.

“Welcome to the disturbing new face of the radical right in America,” Paul Harris wrote for the Guardian last week. “Across the country, extremism is surging, inflamed by conservative talkshow hosts, encouraged by Republican leaders and propagating a series of wild conspiracy theories. Many fear it might end in tragedy…. Many experts believe that spark is no longer missing. Critics say that Republican politicians have let loose a wave of anger tied to the healthcare debate.”

The “experts” are from the Southern Poverty Law Center, an organization that is “now become a threat to the freedoms and security of American citizens due to their repeated attacks on all First Amendment rights and their utter debasement of the political process,” writes William Gheen, president of Americans for Legal Immigration. “While in the past the SPLC has targeted “hate groups” or groups deemed racist and potentially violent, such as the KKK and Neo Nazi groups, the SPLC has recently used their reputation for righting these groups to go after moderate and mainstream Americans, journalists, and show hosts and anchors in an attempt to suppress free speech.”

The American people are waking up to the coercive and tyrannical power of government, Republican politicians notwithstanding. In order to portray millions of Americans as rightwing nut cases, the corporate media — taking its cues from the Department of Homeland Security and the SPLC — has kicked into overdrive to demonize patriotic Americans.

In the days ahead, we can expect more of this anti-Constitution extremist rhetoric from the lapdog corporate media.

fuck power rangers end-of-the-story morales... this is the kind of wisdom i grew up with as a kid.

Me doing Overtone and Throat Singing

Hussein is not a citizen

Doubt the government plans to impose martial law and round up dissidents and other malcontents? Well, the Army National Guard is advertising for qualified personnel to work as Corrections Officers and Internment/Resettlement Specialists.

“As an Internment/Resettlement Specialist for the Army National Guard, you will ensure the smooth running of military confinement/correctional facility or detention/internment facility, similar to those duties conducted by civilian Corrections Officers,” a classified ad posted on the web states. “This will require you to know proper procedures and military law; and have the ability to think quickly in high-stress situations. Specific duties may include assisting with supervision and management operations; providing facility security; providing custody, control, supervision, and escort; and counseling individual prisoners in rehabilitative programs.” 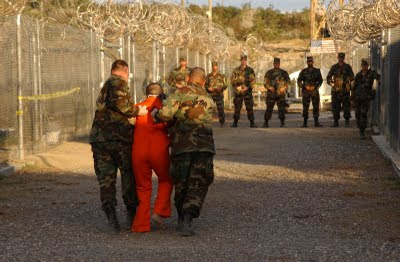 In Mao’s China, the government established a sprawling system of administrative detention centers — known as Laogai — designed to reeducate dissidents and other social misfits through forced slave labor. In the Soviet Union under Stalin, a network of gulags — a Russian acronym for The Chief Administration of Corrective Labor Camps and Colonies — were established, primarily for political prisoners and as a mechanism for repressing political opposition to the Soviet state.

Rex 84 was created in the United States for basically the same reason. “The Rex-84 Alpha Explan (Readiness Exercise 1984, Exercise Plan; otherwise known as a continuity of government plan), indicates that FEMA in association with 34 other federal civil departments and agencies, along with other NATO nations, conducted a civil readiness exercise during April 5-13, 1984. It was conducted in coordination and simultaneously with a Joint Chiefs exercise, Night Train 84, a worldwide military command post exercise (including Continental U.S. Forces or CONUS) based on multi-emergency scenarios operating both abroad and at home. In the combined exercise, Rex-84 Bravo, FEMA and DOD led the other federal agencies and departments, including the Central Intelligence Agency, the Secret Service, the Treasury, the Federal Bureau of Investigation, and the Veterans Administration through a gaming exercise to test military assistance in civil defense,” writes Diana Reynolds. “The exercise anticipated civil disturbances, major demonstrations and strikes that would affect continuity of government and/or resource mobilization. To fight subversive activities, there was authorization for the military to implement government ordered movements of civilian populations at state and regional levels, the arrest of certain unidentified segments of the population, and the imposition of martial law.”

Rex 84 falls under master military contingency plan, Operation Garden Plot, allegedly developed in response to the civil disorders of the 1960s and now under the control of the U.S. Northern Command. Garden Plot was last activated as Noble Eagle following the September 11, 2001 attacks.

On July 30, CNN reported that the U.S. military is gearing up to get involved in the H1N1 swine flu outbreak promised to strike later this year. “The U.S. military wants to establish regional teams of military personnel to assist civilian authorities in the event of a significant outbreak of the H1N1 virus this fall, according to Defense Department officials,” a proposal that is currently on the desk of Sec. Def. Robert Gates, according to CNN. “As a first step, Gates is being asked to sign a so-called ‘execution order’ that would authorize the military to begin to conduct the detailed planning to execute the proposed plan.”

It looks like the Army National Guard is gearing up to staff camps and “execute the proposed plan” of forcibly vaccinating the public and rounding up and hauling off those who refuse to be injected with a soft kill eugenics weapon as dangerous enemies of the state who need to be interned in forced labor and re-education camps.