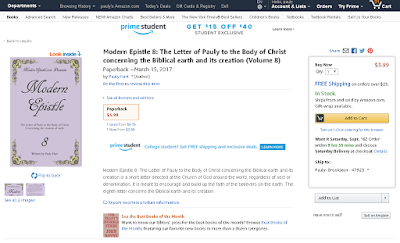 Books are on sale today!


As a night time delivery man, I listen specifically to "Today's Issues" daily. Most of what I hear I can appreciate, but I always have to remember who these men are who are disseminating information to me. I am hearing the "Good Old Boy Gospel" from a distinctly 'Murica perspective. 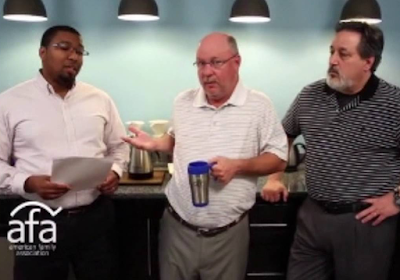 They seek to (do things) to strengthen the moral foundations of American culture. Well I hear some of that on "Today's Issues" but not a lot. And I certainly almost never hear about (doing things) to fulfill the great commission. What I do hear is semi-moral talk about The Left, The Alt-Left, Democrats, LGBTQ, Feminists, and Non-Conservatives. It's mostly politicking and it's mostly shameful.

The majority of the views bumper-rails are set by the President of AFA and AFR, Tim Wildmon. Without a doubt, this under-educated and seemingly deaf spokesman coughs and "huh"s his way thru the show interrupting and belittling his co-hosts with sarcasm and dimwitted humor. I say this respectfully, because you can tell he really is trying to keep up with some of the sharper minds in the room, but woefully lags behind on most days.

But at least he doesn't desire to carpet bomb the entire Levant, like co-host Fred Jackson. Fred Jackson, warmonger preaches a fiery devastation from the Prince of Peace like the world has never seen. This man is better suited for the military than on a "Christian" radio network. I have never heard so much vitriol from a "Man of God" than I have from his mouth. Muslims are people too, but according to Fred, they are better off dead.

Tim's son, Walker is fair, but I fear for the entire radio network if this man is to take over the office of President when his father leaves. At least Tim gives you the Andy Griffith vibe, where Walker is seen more of a "They're out to get us" closet conspiracy theorist. The Lord would bless us all if Tim's other son, Wesley were to take the helm and leave Walker at the news desk... Maybe.

The only high points in the show are with J.J. Jasper, Jeremy Wiggins, Alexander Hamilton III, and Alex Macfarland, and also, the well loved, Ray Pritchard. These guests (including Ray, who is a sometimes Co-host) are the gems in the mud. J.J. is (to my knowledge) only heard on the Friday call in show but he is very entertaining and lovable. Jeremy is always exciting and full of life and intelligence, Alexander Hamilton III is probably the most intelligent of the entire group and is a repository of gold, and who can't help love the ever loving Alex Macfarland?

There are a couple more people that I could go on about... Kendra White, Steve Jordahl, and even Brent Kreely do such a good job in their humble attitudes when on the show. They almost make up for the awful voice of Chad Groaning and the miserable cadence of Chris Woodward.