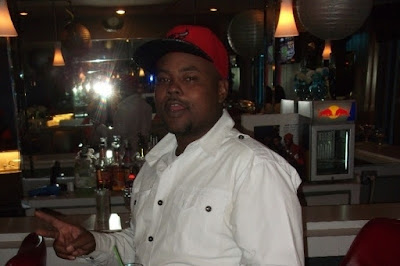 I am here today to tell you something that will contradict what you might have heard this morning in a building that you call "Church". People are not buildings. Doing good does not mean giving money to banks. Doing good means taking care of others. That's what Jesus said. That's what the Bible says. That's what I say, but your Pastor might say something else.

I have an acquaintance, who, I believe loves the Lord, but needs help from the actual church in the financial stress of burying his father. I cannot speak about his father, only that I know his son and that the Lord has called his son into the ministry and he has been running from it for most of his life. He's only heard me say this once, but he knows I pray for him and I wish him the best. It's hard to run from a calling on your life.

In John 13:34 and 35, Jesus said: "So now I am giving you a new commandment: Love each other. Just as I have loved you, you should love each other. Your love for one another will prove to the world that you are my disciples.” Did you hear that? The old covenant (testament) asked us to love our neighbors, but Jesus gave a NEW commandment and made it hit closer to home. He said... Love the other disciples and the world will see the proof that you are actually a disciple. Weird. That's not what I've ever heard in church from the pulpit or lectern.

I hear a lot about religion. I usually cannot stand it. I detest it and make it a practice to abhor it. "Religion" is the same basic word as "Tradition" and that is what I don't like much of... Funny thing is, neither does the bible. The only time "Religion" is mentioned in the bible is here: James 1:27 - "Religion that God our Father accepts as pure and faultless is this: to look after orphans and widows in their distress and to keep oneself from being polluted by the world." Well that's awkward. I thought I was just supposed to write a check for whatever guilt the preacher conned me out of.

Nope. Let me give you a hint. Your pastor asks you to give your "tithe"... Well I would like to declare that... Hey... Since there are no active Levites or Sons of Aaron walking around, and there isn't even a temple (let alone a tabernacle) to go to, then what is the "storehouse" that they refer to? OOOOOH that's right. It's within us.

In 1 Corinthians 6: 19,20 Paul declares: "What? know ye not that your body is the temple of the Holy Ghost which is in you, which ye have of God, and ye are not your own? 20 For ye are bought with a price: therefore glorify God in your body, and in your spirit, which are God's." WOW. It makes so much sense now about that verse in Revelation 3:20 - "Here I am! I stand at the door and knock. If anyone hears my voice and opens the door, I will come in and eat with that person, and they with me." Jesus is knocking on the door of THE CHURCH, which is THE TEMPLE, which is MY HEART.

Jesus knocks on your heart and wants to be let in... And he's knocking on Christian's hearts. Not the world. Don't you remember Matthew 27:51? "At that moment the curtain of the temple was torn in two from top to bottom. The earth shook, the rocks split." The moment that Christ died, the Holy Spirit left the physical temple, and came back. Acts 2:4a says - "All of them were filled with the Holy Spirit." So yeah. If you're a disciple of Jesus, a follower, a "Christian", then I am pointing out a need to you and asking you to help me fill it.

Do what Jesus did, not what your "Pastor" does. Here is what Jesus said about congregation leaders: "So practice and obey whatever they tell you from the law, but don’t follow their example. For they don’t practice what they teach. They crush people with unbearable religious demands and never lift a finger to ease the burden."
Again, if you would like to help provide a decent funeral for a decent human being, it would be much appreciated. Maybe you can give to this cause instead of having your congregation pay off it's building loan.

IN NO WAY am I asking any person who is not a Christian, who does not profess Jesus Christ as their god, God, Savior and Lord, who does not follow Yeshua Ha Mashiach to give any money... AND I am not asking Christians to give out of a sense of guilt, because that is foolishness. I am not trying to make you feel guilty... Whatever nagging there is inside of your heart better not be me. I assure you, there is no condemnation. All I ask is that you search the scriptures yourself. You obey YHWH, you listen to the still small voice that hovered over the face of the deep in Genesis.

For what the Holy Spirit spoke to the earth then, He still speaks today.

I believe that we should pay the bill so his father can be buried properly. Please click the link below and donate. 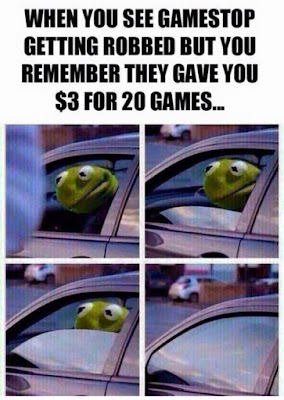 i can see why this picture represents a popular theme, and i disapprove of companies that sell rape as a service usually. i do not feel bad for the situation except for the employees. no one deserves to be involved as a victim to robbery... i have no compassion for the company however. i take it upon myself to go in and wander around gamestop and consol game sellers and ask a bunch of questions about board games and computer games and then say: "no wonder you guys don't have any people in here." almost once a month. ask my wife. she refuses to join me.

i believe in the power of the consumer and am a complete and utter TROLL when i am in a store i do not approve of. on purpose. yes. proud of it too. and why do i do it? to effect change. as a former business owner i valued every person's comments. as studies have shown, one person comments about something that one hundred people have thought but not said anything. and i've done this even when i was 12 years old and was shopping at a local b. dalton booksellers.

the district manager just happened to be there and overheard this kid telling the clerk how to run their store and cornered me into giving them the in's and out's of graphic novels vs. comics (graphic novels being new to the scene) and even on how they could stop shrinkage on better titles. i was thanked and have continued to be "that customer" ever since. corporations will rape, pillage and molest the public up to and even over what the consumer will bare, and will change when the demand becomes great enough for them to do so.

you may ask yourself: "if he doesn't want to shop there, then why go in anyway? why would he waste his time and be a DICK?" and that's a valid question. why do i? there are many reasons. the first is that i believe in the power of the consumer. the second is that i do not believe in corporate personhood. the third is that i believe that as a basic consumer (anywhere) i have the right to express a basic need and for the company that i approach to tell me if they can or cannot meet that need. and finally the fourth is that, again, as a consumer i feel that i have the right to be heard by a corporation.

this is the reason that i not only visit gamestops, i also visit several companies whenever i wander the local mall (probably twice a year)... i visit many shops that i would purchase from, usually during the day when the manager is present and ask them if they have such-and-such for sale. when they tell me they do not, i tell them that i would have happily given them my money and leave.

example 1 - hot topic. i look at the back rack and ask if they still send all of their deep discounted clothes back to corporate instead of selling them in the store. they say yes. i leave.

example 2 - taco bell. i order ten chili-cheese burritos and they inform me that they do not sell those any more. i proceed to ask about 6 questions (my wife counts and hates me) and then order nothing.

example 3 - lids or hatworld. i walk in and attempt to purchase a wichita state zephyr graphics hat. they tell me that they do not carry them. i ask for '47 brand (knowing that the brand does not even make the hat) and have them check. i spend five minutes.

here is the difference. i am what studies call the 5% active consumer. i will research and study before i buy, and when i buy i demand exactly what i came for. this is why i will wait at a drive-thru until my order is right, not just drive away mad. i have been asked several times by the mcdonald's second window people (a term that i just made up) to move up a little. i just say: "it's ok. i can wait for you." i am then told that there are other people in line to which i reply. "yes. but i am first in line." and roll the window back up.

the second group of people are called passive consumers. they just absorb whatever programming large corporations are shoveling into them. they are brain dead zombies who buy whatever they think they "need" because money grubbing fat cats who control media devices tell them that they should purchase because "they deserve it"

and i say to those people: "wake up."