A Mother, a Father, two sons and two daughters, a Convict and an Officer need to get across the river.

(Hit the circular button to begin) 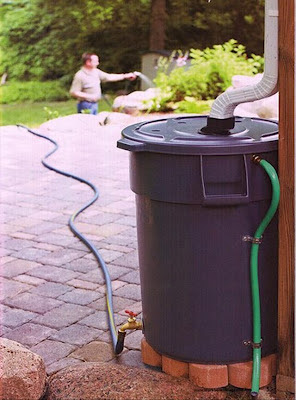 day 9 on the island ~ an excerpt from my journal

well today i had the experience (again) of ordering food without looking at the menu. well there didn't happen to be a menu at this little roadside establishment. so anyway, my friend orders two of the "chopped beef with beans and rice" but he uses his famous "cruzian talk" so it sounds like: "nee twofde chopbeef witdat dirtyrice mon... andde benah". yeah no shit. just like that. say it yourself. we all understand you.

so i order one as well and the time comes to find out how much it all is and we are trying to tell her that mine is separate... so she says: "nine" well, my friend and i look at her and then at each other because we thought she meant his was nine or it all was nine or she starts speaking German... but no, she means they each are nine... so it's $27 before we order drinks. i blanched but meekly paid and walked back to the car to drive home.

seriously if i wasn't so concerned with how polite i was trying to act, i would have not paid and left. so we got back to the house i told the guys i am living with: "this is an excellent $4.00 meal but at the price i paid, it tastes like shit." i mean there should be a recourse of action. there should be... but there is not.

my friend Lawrence is a bum and is on the board-walk from 10 in the morning until 8 at night. he owns (or at least he carries around) a black plastic bag and a hand woven palm-frond basket. inside this basket are carvings that he makes out of the coconut husk (sometimes with the nut as well). so he asked me if i could buy him some black and white paint the next time i was in town. i said i would and bought him a pint of each. each one (what would be $2.49 or less) was $6.79. i swear.

but economic law says that it CAN be that much because all other costs and services are that much and people will PAY that much. look, I did, and i am bitching my ass off. wherever there is a society that can become self-sufficient within the confines of it's sheltered environment, that culture will develop an economic eco-system that reflects the temper of the natural eco-system. damn, i sound like a text-book. quick someone quote me.

anyway... i have had the roughest time gaining employment... yet i have had four people look me dead in the eye and tell me that i have a job with them... oh i thought i had a job when i came down. nope. like the tide-pull and the shifting sand, so are the cruzians opinions of what exactly work is. so, i guess these four jobs of mine that i have been hired into, will i have to list them on my resume? i mean i really haven't pulled one hours (or for that matter, one minute's) worth of work...

whatever. ok well last night we went to the casino. this is a custom of the guys i live with. to go and blow your money on an off-bar night. well. Otis Pleasant (the bar-owner) sits in front of a slot machine and plugs away pling-pling-pling. most of the time he gets no credits back but sometimes he... well he spends that too. so lets just say that $20 in quarters lasts him 30 minutes to go thru.

well my other room-mate waits and shows me around. this room-mates name is rob, and he reminds me of a guy i know named badger. as a matter of fact they are remarkably alike. kinda spooky... ANYWAY, djrobdotcom used to work at the casino. his boss... no joke is named bill gates. not, of course THE bill gates... ok, there is only one casino here and it goes by the quirky name of DIVI CARINA which is pretty sweet considering most places have names like "Paint Store"... hmmm... i wonder what THEY sell? anyway so as i get the tour we find the free bar. FREE bar. come and drink as much as you want while you piss your money away. the more you drink, the more you spend, and if you get too drunk, you could stay at the attached hotel underneath us.

ok, so how much did i spend? all of my ex's will have the answer first...

but let me break it down for you. i just piss people off with this...

sweat versus pain: a conversation.

pauly: you know what they say about sweat? sweat is just water, leaving the body.

jennifer: no, that's what they say about pain.

jennifer: no. pain is weakness leaving the body.

jennifer: i'm just saying that you messed it up is all. it's not water. it's weakness.

jennifer: NO. pain is just weakness leaving the body!

pauly: no it isn't. pain is a signal from your nerves, telling you what is going on.

pauly: well it better be fine, God made it that way.

jennifer: whatever, i'm turning the A/C up.

pauly: don't you mean down?

going to share an idea with you that came to me in a flash.

i would do it, but do not have the time.take the scene from bruce lee's movie: "enter the dragon" where it goes

Lee: That's it! How did it feel? [Student thinks; Lee smacks his head] Lee: Don't think. FEEL. It's like a finger pointing at the moon. [Looks at student who is looking at the finger; smacks student again] Lee: Do not concentrate on the finger or you will miss all of the heavenly glory! [Student bows; Lee smacks him again] snatch that audioand then take some charismatic healers on the video side and play them thru so where it looks like this

(audio in green video in red)

cut scene to the preacher almost jumping on them and they fall over again.

i just asked Jesus about this whole idea and He made sure for me to remind you that you aren't making fun of Him, just silly traditions. He actually loves you and has a calling for your life. 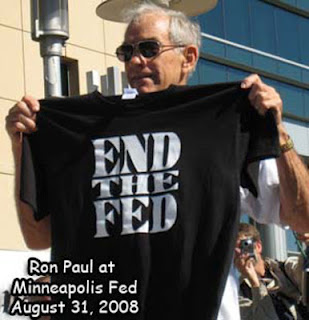 The House oversight committee voted Wednesday to demand a broad audit of the Federal Reserve system by congressional investigators - a major move lawmakers said is designed to bring accountability to the murky workings of the independent board.

The bill was sponsored by Rep. Ron Paul, the Texas Republican who turned the push for an audit into a powerful campaign slogan and whose criticism of the Fed’s monetary policy drew hundreds of thousands of voters into the political process.

It passed by voice vote, signaling the growing sense among lawmakers that the time has come for a full review. Committee members said they hope for a vote in the full House next month, and the legislation has been sponsored by 263 members, virtually assuring its passage.

“Clearly the Fed must be made too big to fail, and too big to fail requires a considerable amount of oversight,” said Rep. Darrell E. Issa, California Republican and chairman of the committee.
Federal law right now specifically prohibits such a broad audit, and opponents fear undermining the independence of the Federal Reserve.

The bill would direct the Government Accountability Office to complete a broad audit that would presumably include a peek at the Fed’s decision-making and many of its lending policies.

The committee defeated an amendment sponsored by Rep. Elijah E. Cummings, Maryland Democrat, that would have prevented auditors from getting a look at internal board-discussion minutes.

“This whole idea about ‘Well we can’t touch the Fed‘ is baloney,” said Rep. Dennis J. Kucinich, Ohio Democrat. “We have to be able to have control over the Fed because it’s controlling every aspect of our economy.”

The Federal Reserve consists of a board of governors and 12 regional banks, which act as lenders of last resort to the country’s banking system.

Last year, a more limited audit by GAO found the Fed repeatedly invoked emergency authority to expand its lending during the Wall Street crisis in 2008 and 2009, including major loans to prop up the housing market.
The audit also found that the Federal Reserve Bank of New York, which had a major role in the lending, did not have sufficient controls to prevent conflicts of interest for its employees.

Mr. Paul has pursued an audit for years, and said the bill’s time has come.

“The Fed’s purchases of dubious assets from favored Wall Street institutions; its lending of hundreds of billions of dollars to foreign governments and central banks; and the prospect of further quantitative easing and European bailouts underscore the critical need for transparency,” he said in a statement.

If the bill clears the House it will still need a vote in the Senate - but Senate Majority Leader Harry Reid, Nevada Democrat, has spoken approvingly of an audit in the past.